Get fresh music recommendations delivered to your inbox every Friday.
We've updated our Terms of Use. You can review the changes here.

THE TEMPTATION OF ST. ANTHONY (or Tony's Troubles) 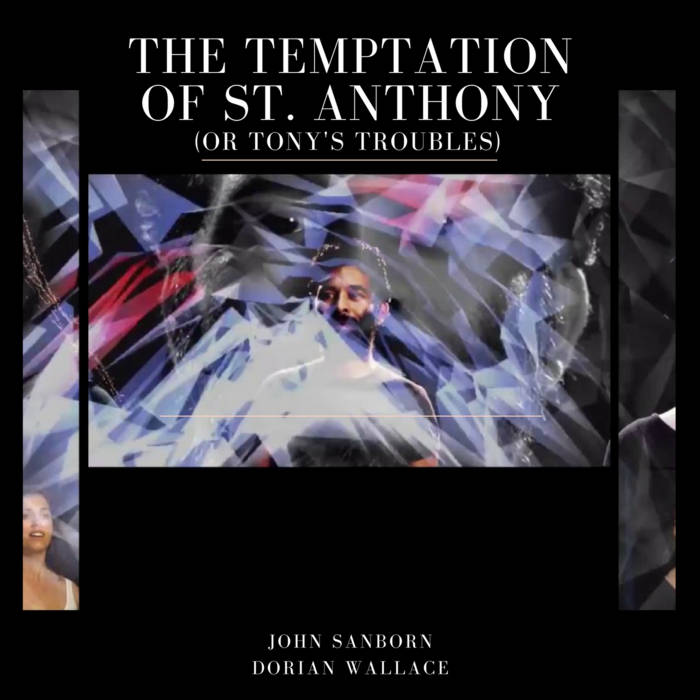 THE TEMPTATION OF ST. ANTHONY
(or Tony's Troubles)
​
Created by John Sanborn

Hajnal Pivnick | producer, artistic director
Dorian Wallace | composer, artistic director
​
What is Faith without God?
It is a belief in the self, in enlightened consciousness - in order to effect change without direction. We have only our lives with which to act; yet we deny ourselves an objective, to give virtue to a lie. Searching for truth is honorable, but unending. Expressing that truth is the objective of every human, and every artist.

In this modern opera, written by Dorian Wallace and John Sanborn, Tony finds himself able to effect change with his hands, his mind and his soul. For him, the act is the reward. He is not interested in theories, or opinions – for the evidence of his divinity is self-evident. He can makes something out of nothing.

For this he is tempted, tortured and ultimately redeemed. In his reclamation he embraces a rare value – that of force of will. Beyond any rational understanding of “possible” there is potential that defies definition. It is to such purpose that I dedicate this work.
​
'THE TEMPTATION OF ST. ANTHONY (or Tony's Troubles) is a 35 minute media opera designed to be installed using three screens, three video projectors, and stereo sound.
​
The work is composed in 7 acts, each asking three basic questions about faith - and answering them differently each time. The language of the libretto is simple and plain spoken, but contains quotes and asides from poets, scholars and popel who inspire me.
​
The journey is familiar to anyone who yearns for the ability to create, whether that is great communication or a simple step forward. The doubts and temptations come from inside and from without - and their siren song must be denied.
​
The spectacle is staged across three panels, territories or domains for Tony and the Devil, who are performed in song and dance by parallel figures - mirrors and reactors - caught in an endless tango. This is intentional as the work loops around the three questions of faith, inviting the audience to join or leave as they wish.

THE TEMPTATION OF ST. ANTHONY (or Tony's Troubles)
​
CREDITS
​
A Tenth Intervention Production

Bandcamp Daily  your guide to the world of Bandcamp

Frayle's Gwyn Strang and Sean Bilovecky join the show to talk about their cathartic new album.